Difference between revisions of "Wifi"

This guide will illustrate how to set up and connect to a wireless network using the ThinkPenguin Wireless N USB Adapter for GNU/Linux and the built-in WiFi on the SoM-200GS.

Most of the machines from EMAC are able to use wireless networking via a USB adapter. The USB adapter can be purchased at the ThinkPenguin website or directly from EMAC. EMAC's SoM-200GS carrier can optionally be ordered with built-in WiFi and bluetooth.

After setup of the required software is complete, the connection may be established.
1. Use iw to scan for nearby wireless networks. 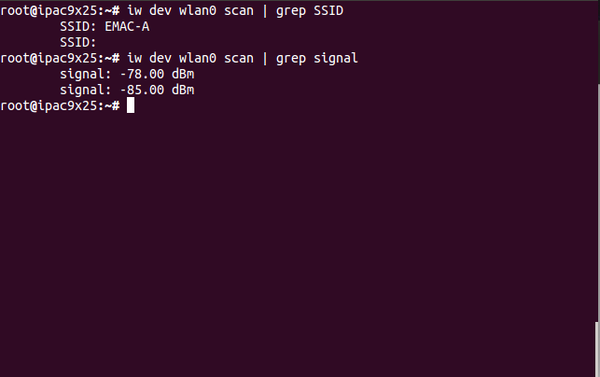 Terminal output of scanning for wireless networks with iw command

2. For an open network, uncomment the lines in /etc/wpa_supplicant.conf and edit the SSID:

3. For a WEP password protected network, use wpa_passphrase to generate the private shared key(psk).

SSID is the SSID of the preferred network found when scanning with iw. Password is the password to connect to the network.

4. Highlight the psk and copy it.
5. Edit /etc/wpa_supplicant.conf to have the appropriate SSID and psk 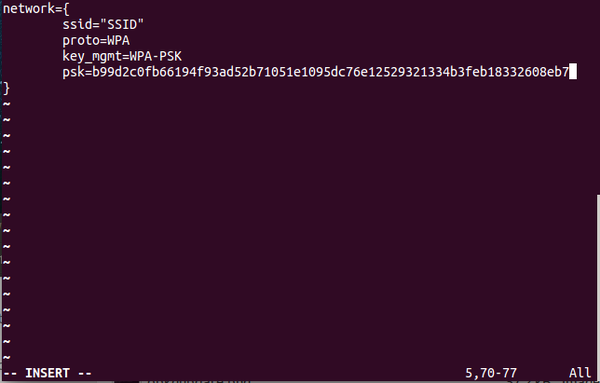 6. Make the connection to the network using the path /etc/init.d/wpa_supplicant with the argument start.

root@ipac9x25:~# /etc/init.d/wpa_supplicant start
Give the command some time to establish the connection and watch the terminal output. A connection has been established when output stops and the last line reads:

A connection has failed if the following is seen repeatedly and output to the terminal continues:

IPv6: ADDRCONF(NETDEV_UP):wlan0: link is not ready

Successful connection (waiting a full minute to ensure output to the terminal stopped);

Successful connection terminal output
Failed connection (waiting more than a minute as output continues to print to the terminal). The highlighted line and the repeated lines indicate an issue establishing the connection. 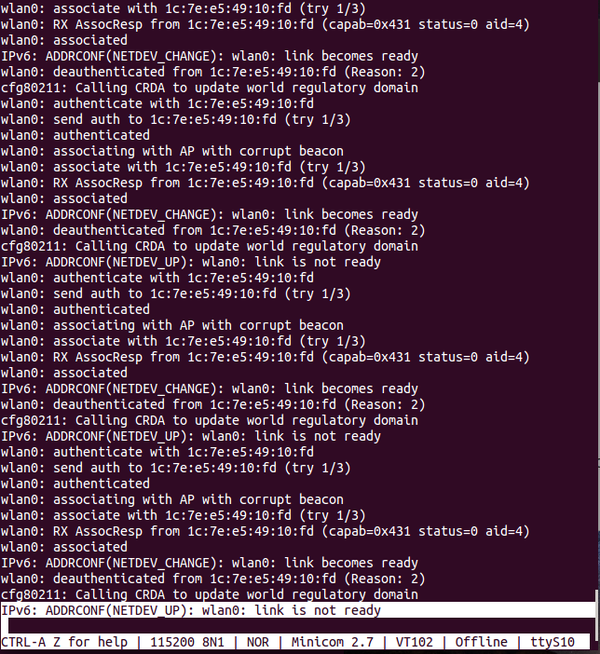 7. Confirm there is an IP address under wlan0 with the ifconfig command 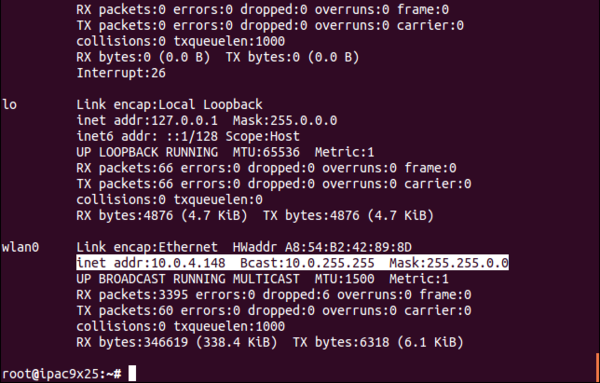 ifconfig showing that wlan0 does have an IP address

8. Disconnect any Ethernet connections and ping to www.emacinc.com to verify that the system can wirelessly connect to the Internet. 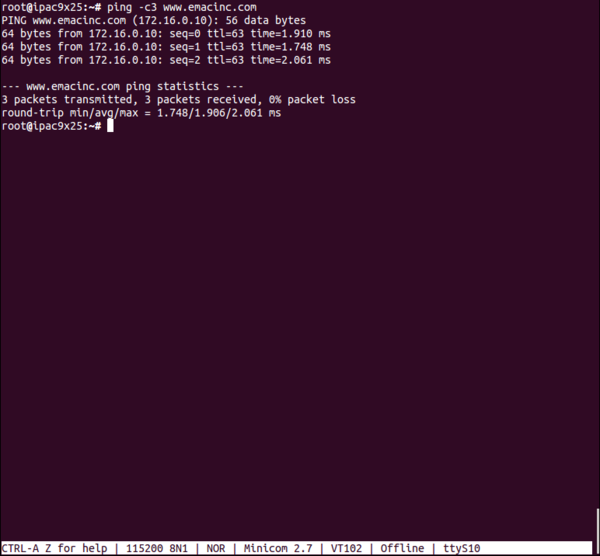 Sending and receiving packets from www.emacinc.com

This page walks through the procedure to connect a module to a wireless network via a WiFi adapter or built-in wireless, as well as acquiring the necessary software tools to make the connection for the first time.